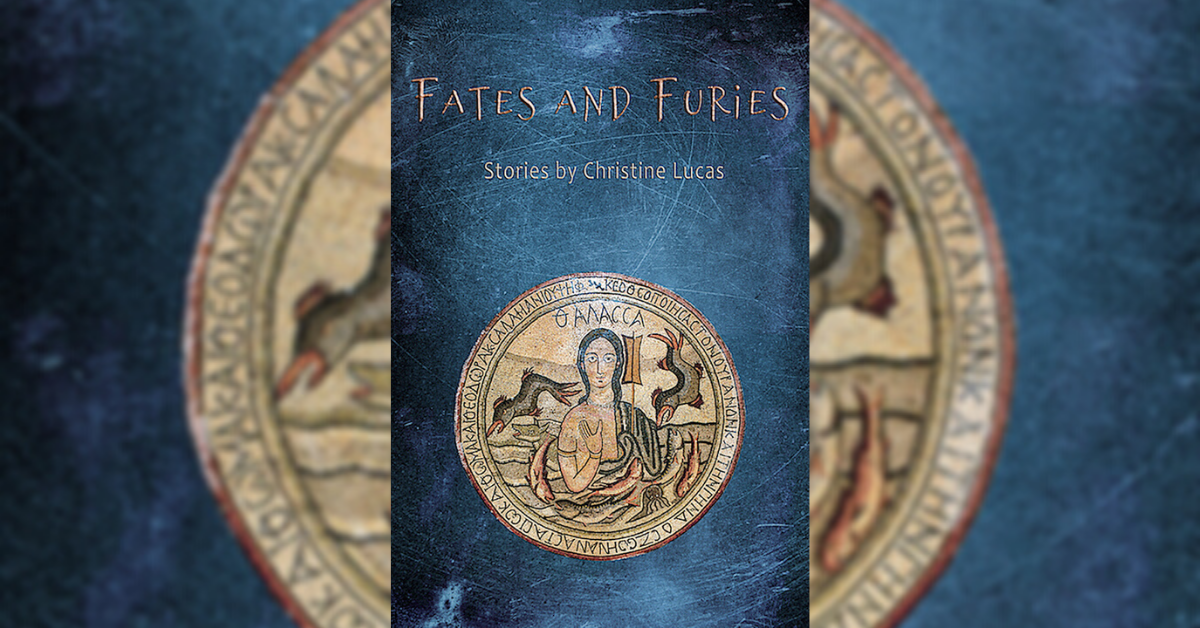 On December 16, 2019, Candlemark & Gleam’s Reckless digital imprint will release Christine Lucas’ collection Fates and Furies. The stories are seamless fusions of SFF, myths and little-known history that murmur in the reader’s bone marrow, ranging from the uplands of Minoan Crete to the valleys of Mars and everything in between.

Genre legends Gwyneth Jones and Melissa Scott were ecstatic over Fates and Furies.

“Visions of the fate of our flesh, set in the far future and in our own bitter times, all informed by ancient Hellas: I think I liked the alien migrants in modern Greece best, but I loved all these stories. A very fine cover too!”

“This is an extraordinary collection. Myths old and new sing to readers, drawing them ever deeper into a world deeply informed by the Hellenic world. My only regret is that I would gladly have read more of every one of them.”

Christine Lucas lives in Greece with her husband and a horde of spoiled animals. A retired Air Force officer and mostly self-taught in English, she has had her work appear in many SFF magazines, including Daily Science Fiction, Pseudopod, and Nature: Futures. Her stories appear in highly-claimed anthologies; among them Ellen Datlow’s Tails of Wonder and Imagination (“Dominion”, Night Shade, 2010), and Athena Andreadis’ The Other Half of the Sky (“Ouroboros”, Candlemark & Gleam, 2013). She was a finalist for the 2017 WSFA award; her story “Χίλια Μύρια Κύματα” (“A Thousand Waves from Home”) won the 2017 ΦantastiCon Award; and she’s working on her first novel. You can visit her at http://werecat99.wordpress.com/.

Νέα κυκλοφορία: “Children of the Fang and Other...